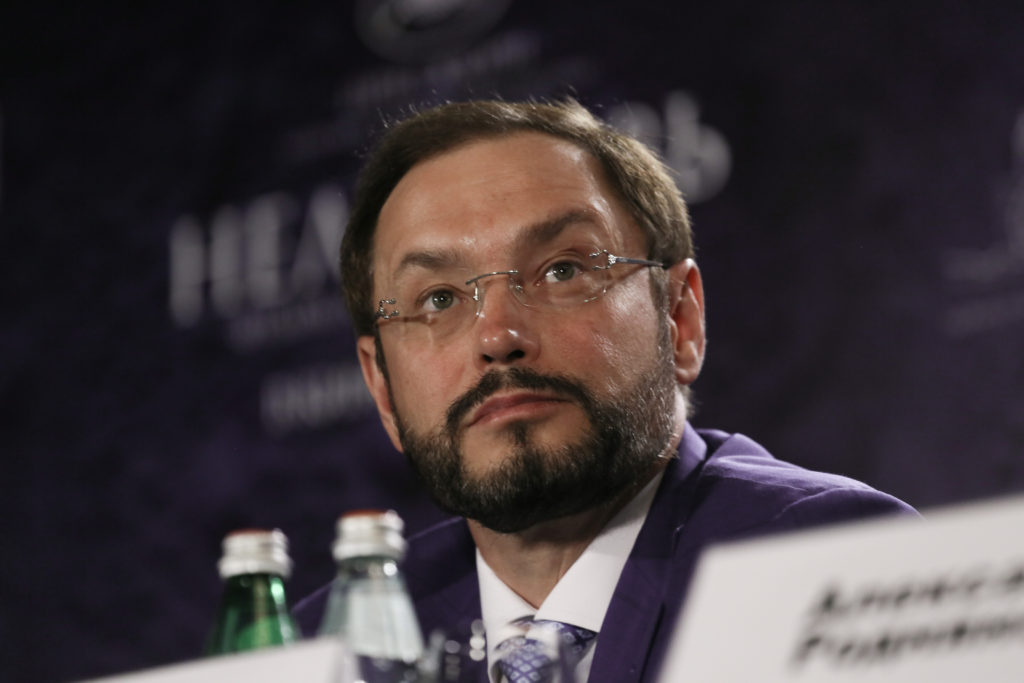 Gleb Fetisov is a private investor (making the Forbes rank of 100 wealthiest people in Russia), film producer, member of Producers Guild of America, member of the National Academy of Motion Picture Arts and Sciences of Russia, associate member of the Russian Academy of Sciences, PhD in Economics, member of General Сouncil of the Board of All Russia Public Organization Business Russia.

Gleb Fetisov was born on 5 June 1966 in the town of Elektrostal in Moscow Region.

Graduated with honors from Lomonosov Moscow State University in 1998 with a degree in Economics and enrolled in graduate school.  Obtained master’s degree from the Finance Academy. Studied on the World Bank Group education program in the USA.   In 2016 received a Diploma in Law from the Moscow State Law University.

Gleb Fetisov started his professional activity in 1990 at the Central Economics and Mathematics Institute of the Russian academy of Sciences of the USSR. During the period from 1991 to 1995 was working in banks and companies, and in 1995 joined a leading Russian Consortium, the Alfa Group, in its commodity and investment operations department (private equity). In 1998 became the President of Alfa-Eco, a key investment department of the Alfa Group, today known as A1.

From 2001 по 2009 was a member  of the Council of Federation of the Federal Assembly of the Russian Federation. All these years (from 2003 to 2010) was combining work in the parliament with teaching and was holding the chair of Macroeconomic Policy and Strategic Management of Lomonosov Moscow State University. In 2007 by the order of the Federal Service for Supervision of Education and science of the Russian Federation was awarded the title and position of PhD of macroeconomic management of the department of Economics in Lomonosov Moscow State University. Since 2008 Gleb Fetisov has been a corresponding member of the Russian academy of Sciences in Social sciences.

Chairman of the Business Russia Committee on Development of Cinema Industry and Television.

As an investor participated in a number of commercial enterprises in Russia and abroad, in particular in the fields of energy sector, information technology and telecommunications, fast-moving consumer goods, mining, metals and financial sector. He earned his wealth through investments in telecommunications: in 2004 Gleb Fetisov purchased the stock in telecommunication holding Alfa Group – Altimo – more than 14 percent; for more details on source of wealth please see Forbes article (the link for the article on the same website in the section).

In Autumn 2013 – February 2014 he disposed of almost all the stock in commercial companies in Russia, China and other countries (apart from the stock in film production company). From the end of the year 2015 he has been highly involved in the investment activity again.

He is interested in serious projects in agribusiness, health care, information technology, gold mining, as well as the production of films, TV series, shows and other entertainment content.

Has been involved in producing Russian and Hollywood films since 2011 (personal webpage – IMDB).

Among the most eminent and recognizable film projects are“Some like it cold” (2014), which was shown at the Opening of the Cultural program of Winter Olympic Games 2014, comedy film “Chef” (2014) directed by John Favreau starring Robert Downey Jr., Dustin Hoffman, Sofia Vergara, Scarlett Johansson).  In 2013 Gleb Fetisov supported the promotion of the film of Aleksey Uchitel film studio “Major”.

Producer of the war drama “Sobibor” (directed by Konstantin Habenskiy). Sobibor ” tells the story of a heroic rebellion in a Nazi concentration camp. This is the only successful escape from the death camps in the history of World War II. The film became a success in many countries, and the world premiere took place on 23 April 2018 in Warsaw.

In Autumn 2018 “Sobibor” was nominated from Russia for Oscar Prize.